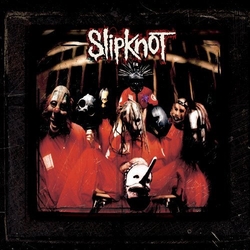 On September 9, 2009, Slipknot will release a special edition box set to commemorate the 10-year anniversary of the release of the album. The release date (09/09/09) is a reference to the fact that the band has nine band members and have sustained the same line-up since the original release of the album. The special edition box-set will include: a CD and DVD set featuring all new digipack packaging with a total of 25 songs, including the original album plus several previously unreleased cuts, demo tracks, and returning track "Purity". The DVD which is directed by percussionist Shawn Crahan, will feature footage of the band in 1999 and 2000, titled Of The Sic: Your Nightmares, Our Dreams. The DVD will also feature all three music videos released in support of the album, an entire live concert recorded at the Dynamo Open Air, 2000 and "other surprises". A "super deluxe" box set version of the re-release will contain; a T-shirt, patch, collectible cards, key chain, beanie and a note from vocalist Corey Taylor, and will come in packaging that resembles a safety deposit box.