Toothless
Заметки
Ghost, released in March 2007 on Morr Music, is a concept album based on the idea of houses retaining stories of things that have happened in them. Each song is a story and some of the stories are told from the house's point of view. Cooper cited an old house he lived in as one of the inspirations for Ghost. Most of his work on the album was conducted in an old tool shed behind his house. Emeral Cooper, Mark Hubbard and Alex Kane collaborated with Ben Cooper for some tracks on the album.

Ghost has been compared to musical acts such as The Mountain Goats, Sufjan Stevens, The Postal Service, Gorky's Zygotic Mynci, Paul Simon and Animal Collective.

The song Welcome Home has been featured in several advertisements and films, including a Nikon advertisement in several countries of Europe, an advert for the 2011 Chevrolet Volt, as well as an ad for the University of Oregon that aired during the 2011 BCS Championship between Auburn and Oregon. The song appeared in the movie Humboldt County. It is used in the emotional climax of the film The Vicious Kind. It is featured in the film The Swiss Machine as speed alpinist Ueli Steck ascends the Eiger. This film was part of the 2010 Reel Rock Tour and Steck's ascent to the tune of Radical Face's Welcome Home is featured in the Reel Rock Tour trailer. It was also used at the end of UK program Eddie Izzard: Marathon Man and in a mountain bike short movie of freeride pro Andi Wittmann. The song was also featured in the fifth season of the popular British show, Skins. 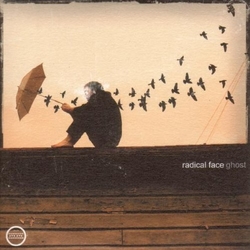